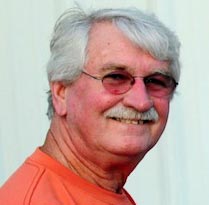 Long time (since the early 70's) Palmetto member and former President, Treasurer, and Historian Harold (Tuggy) Mathisen has passed away. The Palmetto Region's sincerest condolences go out to the Mathisen family.

The organizers of the Kiawah Island Motoring Retreat in April are in need of some volunteers to help run the event. For your efforts you will recieve free admission to the event and a hat and shirt. If you are interested in volunteering, please fill out the form here and mention your are in the Palmetto PCA Region

Saturday, November 28 at 7 pm:  Mike and Karen Milbrandt have graciously offered to host the club for a Wine & Cheese gathering. Click here for directions, if you get lost you can call Mike at 843-860-9947.

The officers nominating committee has selected the slate of officers for 2016. We are also taking nominations for any of the below positions for anyone that would like to run, please contact us with the position that you are interested in. We of course would also love some people to serve on the various committees like activity planning, please let us know of your interest.

Please join us at 7 pm on Tuesday, November 10 at Tbonz in West Ashley (1668 Old Towne Road, Charleston 29407) for updates from the officers, to talk about upcoming events, and to socialize with your fellow Porschephiles. 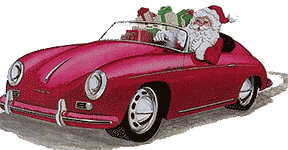 The 2015 Holiday Party will be held on Saturday, December 12th at 5 pm at the Ravenswood Plantation Party Barn (Johns Island off Chisolm Road). It will include a buffet dinner and holiday gift exchange.

Open to everyone! All makes, models, years, etc. Import or American! It's all about the love of automobiles and celebrating the great American pastime called the CRUISE-IN.  This month Porsche will be the featured car with reserved spots up front.  Sonic Diner, 660 College Park Road, Goose Creek, SC 29456.

Please join us at Italy - Passion for Food (101 North Main Street, Summerville) for updates from the officers, to talk about upcoming events, and to socialize with your fellow Porschephiles.

Please join us on Tuesday, September 8th at 7 pm at Stereo 8 (951 Folly Rd, Charleston, SC 29412) for updates from the officers, to talk about upcoming events, and to socialize with your fellow Porschephiles.

According to Wikipedia, Oktoberfest is the world's largest Volksfest (beer festival and travelling funfair) held annually in Munich, Bavaria, Germany.  In celebration of our German heritage automobiles, the Palmetto Region PCA will be having its own Oktoberfest weekend Saturday & Sunday, October 10 & 11, 2015.

Coastal drive to the Sea Islands of Georgia - Nov 13th

Come join us as we head to what National Geographic calls "One of the best drives in the U.S.", including a stay at the historic Jekyll Island Club Hotel.

On Saturday August 8th will be hosting a tour of the Cummins Turbo Plant, a drive to the Carolina Youth Development Center, tour of the CYDC Motorsports garage, lunch with the kids, and an informal car show for the kids.

Drive and Dine to IOP Video

On August 22nd we will be a having a BBQ outing at the Milbrandt's house in N. Charleston.